Hoarding at Its Best

Hoarding amongst humans is often a term with negative connotations especially in reference to recent toilet paper shortages. Amongst the animal kingdom, different species have well-defined hoarding strategies that enable them to survive the long barren winter months. This Nine Minute Naturalist will analyze different strategies species take to ensure ample food throughout winter.

The worlds most renowned hoarder is the squirrel. The eastern gray squirrel is our native variety that can be seen spending countless hours in the fall hoarding a variety of food sources such acorns, hickory nuts, berries, tree buds and pinecones. Gray squirrels are scatter hoarders. This means they gather food and scatter their hoards across their home range. This range is usually close to their home or den but can be as large as a 7-acre area. These caches are buried underground to keep thieves away from their much-needed food source. They have even been known to engage in deceptive caching, meaning they dig a hole and pretend to bury food in it to trick nosy neighbor squirrels. Another interesting fact about squirrel hoarding is the evidence of “spatial chunking”. This is the act of placing specific types of nuts in specific locations. One cache for acorns, one cache for hickory nuts and so on. These caches become the food sources once the fall bounty is exhausted and the winter doldrums begin.

One of the most interesting hoarders in the animal kingdom is the shrew. The shrew has one of the fastest metabolisms of any animal and must eat every three hours to survive. The energy to stay warm in the winter increases their dietary needs and thus they are fanatic hoarders. How does an animal that relies on insects, spiders, slugs, earthworms, and mice stay well fed in the winter when those species are hard to find? Some shrews have a fascinating and disturbing technique. Shrews such as the short-tailed shrews have toxins in their saliva. They use this toxin to incapacitate their prey which will then be stored in mole tunnels. This allows for fresh meals at the ready throughout the winter. If the soon to be food awakes, they are simply re-paralyzed. 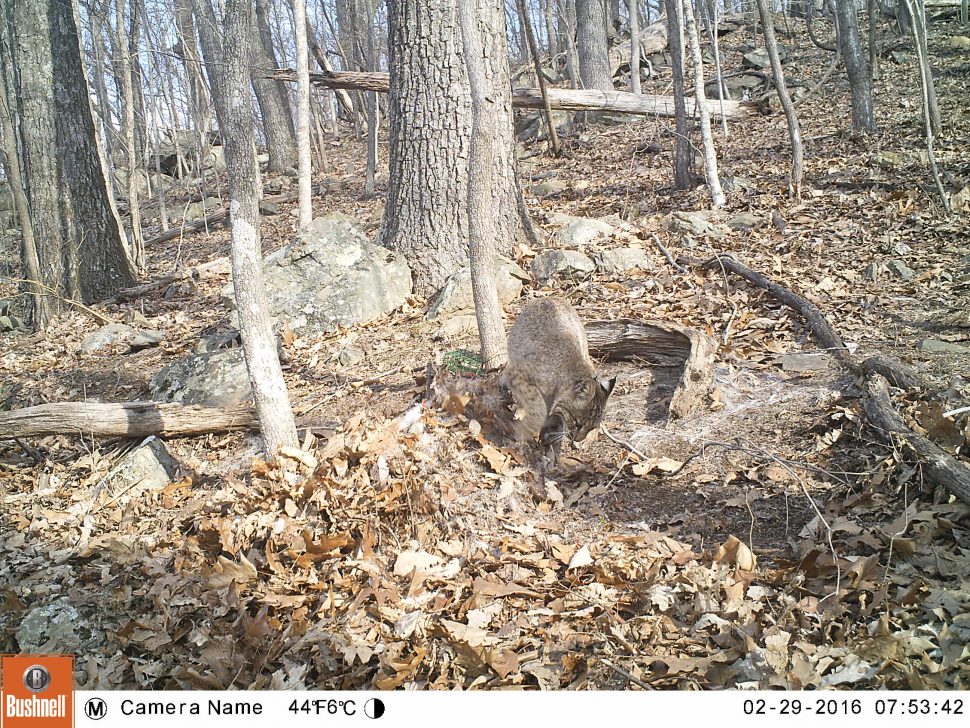 Red fox and bobcats are two well known food hoarders. While squirrels and shrew cache for future shortages they know are coming, a red fox will cache prey based on the unknown. Without a guarantee of a successful hunt, fox like to ensure a future meal is ensured. A great example of this comes from anyone raising chickens for eggs or meat. A fox in the chicken coop won’t be content with one meal. The fox wants future meals. All the chickens will be killed and removed to a cache to guarantee future meals. Bobcats are not known as prolific diggers so their hoarding looks a bit different. When they kill a meal that is too large to eat at one sitting, they will cache the food by hiding it under leaves or snow. They will often rest near or on top of the cache in order to keep other keen-nosed scavengers away. 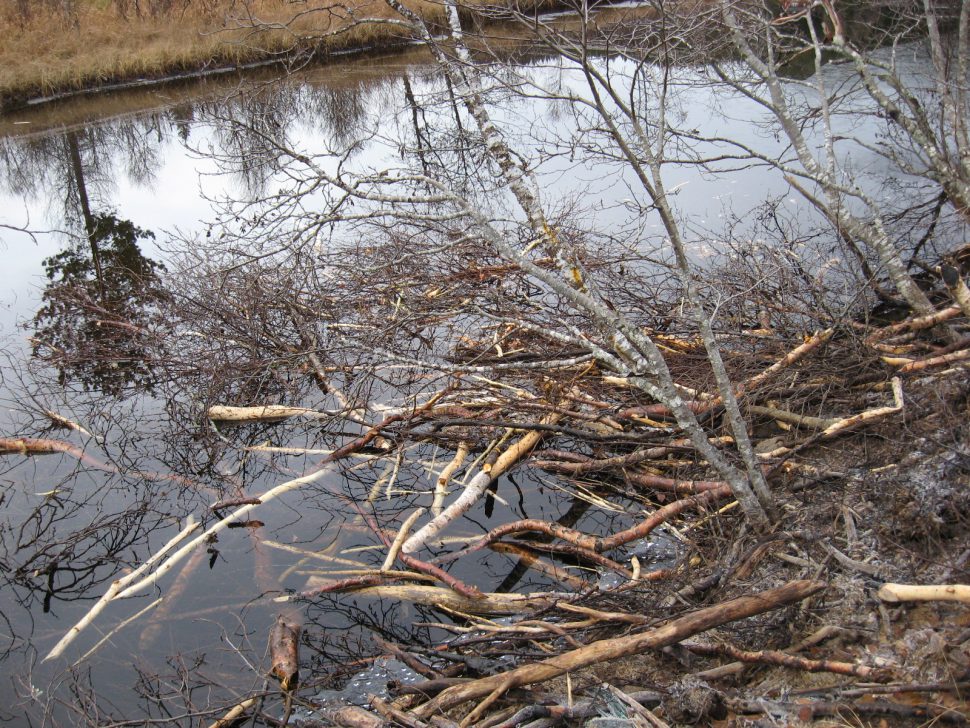 Another species that must plan well for the coming winter is the beaver. Beavers in northern, colder climate will spend a portion of the winter living under frozen ponds/lakes. Knowing this is coming, beavers build a food cache near their lodges. They will assemble all their preferred trees and shrubs and stick them into the bottom of the pond in soft mud. They will then weave additional layers of woody plant material into the cache. The top layer of the cache will be heavier items of a less preferred variety that will be at ice level or above. They will plan to live in the lodge and feed off the cache once artic winds invade.

So many species have unique ways to survive winter. Hoarding did not originate with Sam’s Club or Costco but with species like the squirrel or the shrew. They know more is better and that they had best get to work to prepare for the snowy winter months.