Noises in the Night

The recipe for a great night sleep for me is an open window on a crisp, windy summer night. The formula for a fitful night’s sleep is hearing loud disturbing noises right outside your window all evening. This past week a rare crisp June night was punctuated by screams that would ruin anybodies night sleep. This week’s Nine Minute Naturalist will focus on those night noises that are the bane to a peaceful night’s sleep.

The culprit for my fitful night’s rest was the red fox. Few animals produce a more blood curdling noise than this normally quiet predator. Their scream sounds similar to a child’s scream and is quite disconcerting if you don’t know who created the sound. Red fox can make 28 different communication noises. The scream is used for a couple different reasons. The primary reason for the fox scream is to locate a mate. The mating season is from December to February. Since fox are generally solitary creatures, locating and attracting a mate takes a bit more effort than for pack animals. Summer time screams usually occur to define territory or to communicate location amongst family units. Use this link to hear for yourself the terrifying night noise of the red fox: https://wildambience.com/wildlife-sounds/red-fox/

Another creature that may impair a good night’s sleep is the American bullfrog, the common species in the eastern United States. The bullfrog chooses to make their variety of sounds both day and night and have been recorded up to 119 decibels! That ranks as one of the highest animals on earth. The bullfrog’s “jug-a-rum” call is primarily connected to the mating season which lasts from late spring into early fall. While the bullfrog’s call is much more soothing and pleasing to the ear than the red fox, the sheer volume of a pond of bullfrogs seeking a mate can absolutely make sleep fleeting. Here is a link to listen to the bullfrog chorus: https://www.virginiaherpetologicalsociety.com/amphibians/frogsandtoads/american-bullfrog/american_bullfrog.php

Another common creator of night noises at Wintergreen is the barred owl. Their call is often articulated as “who cooks for you” and can fill any night with abundant noise. This is the most plentiful owl in the Wintergreen area and can be found frequently calling throughout the daytime hours as well. Their call typically consists of 8-10 warbling hoots but can often be quite diverse. Mating pairs often fill the air with caterwauls and “monkey calls” that the Cornell Lab of Ornithology describes as “a riotous duet of cackles, hoots, caws and gurgles”. With that much tomfoolery happening outside your window, sleep may prove a bit difficult. Here is a link to their call: https://www.allaboutbirds.org/guide/Barred_Owl/#_ga=2.91853407.433348844.1593189113-1838848945.1593189113

One typically silent creature whose sound you should know is the striped skunk. This peaceful animal is usually silent but when skunk sounds come in through the window the time has arrived to get up and close it quick. Though rarely heard, skunks can hiss, screech, squeal, smack their lips and stamp their feet loudly. These sounds generally mean the skunk is either stressed or mating and both mean that skunk smell is not far behind the sound. Nothing breaks a fine sleep than skunk odor. Make sure you close that window fast! Here is the sound you should know: https://www.youtube.com/watch?v=3EALJZ0P0ng

The knowledge is now yours to ensure that your sleep is only temporarily disturbed. Each of these animals call Virginia home and may visit your residence any night to bother your sleep. Fret not since you now know the source. Sleep well my friends. 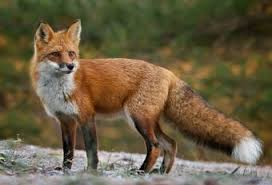 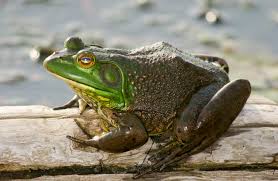 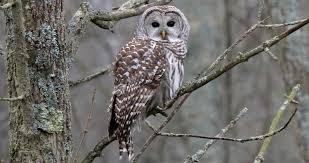 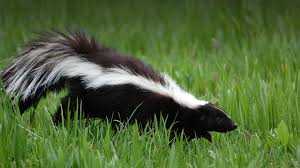