As my wife can attest, I have a bad habit of trying to identify wildlife surrounding every roadside I drive. Few sights take my attention from the road, where it should be, to the roadside faster than a raptor perched on a telephone wire or hovering over a field. This edition of the Nine Minute Naturalist will discuss the common raptors found along our roadsides and the characteristics you can use to identify them.

The bird most often seen in my travels along the roadsides of Nelson and Augusta counties is the red-tailed hawk. This stout predator is not shy and can often be found very close to the roadside as they perch on adjacent tree limbs, wires or fence posts in search of their next meal. The easiest identification tool is the distinct red tail feathers and dark band across the belly. The juveniles do not have a red tail and will have much more dark streaking across the white underside of the wings and body. They will frequent roadsides seeking small mammals and reptiles that frequent roadside vegetation. 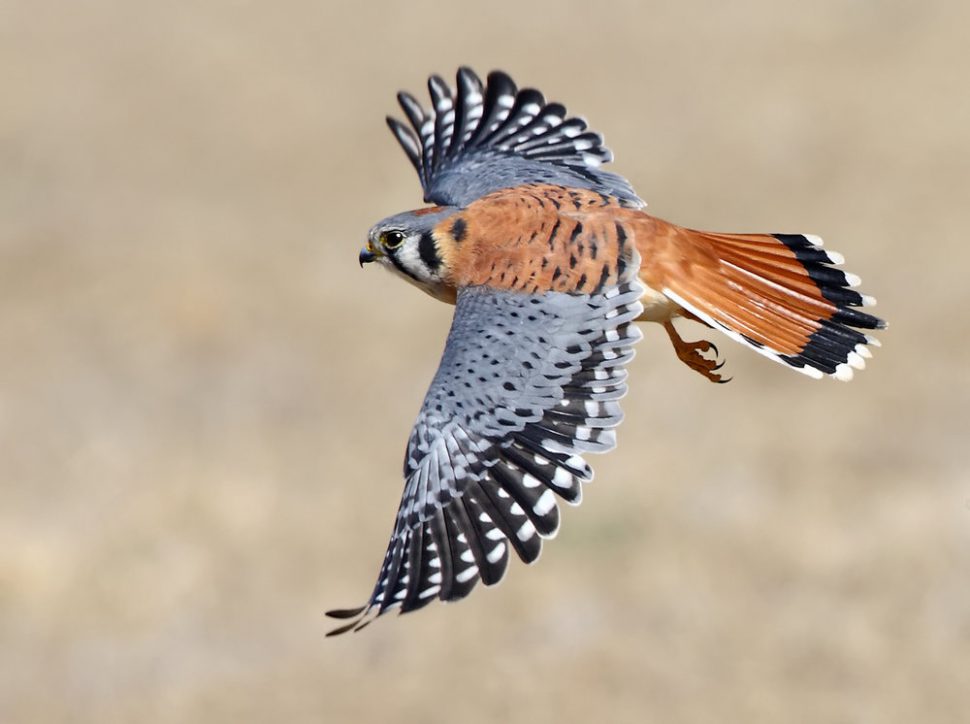 My absolute favorite species to spot as I traverse the roads is the American kestrel. This small falcon offers many easy identification tools. They tend to be about the size of a large blue jay and have reddish-brown back and tail, bluish wings and a black face. This color scheme really stands out perched on a roadside telephone line. The characteristic to look for as they hunt in flight is their ability to hover. As one of the few raptors able to hover before descending on its prey, the kestrel makes an easy target to identify even as you are cruising up Route 151.

Another distinctive raptor that allows for easy roadside ID is the red-shouldered hawk. This medium-sized hawk, while slightly less common than the previous two species, has a couple defining characteristics that makes it an easy mark to ID even at 60 mph. While perched, the distinct reddish-brown chest is prominent and draws the eye. In flight, it is identified by the reddish-brown chest and upper wings as well as its broad wings with somewhat square wingtips. The tail will be banded in black and white. They tend to be found near wet woodlands or alongside streams.

The most numerous raptor in our area, especially during migration season, is the broad-winged hawk. These small brown hawks are best identified by the heavy black and white banding on the tail feathers and the dark outline on the bottom of the wings. These characteristics are easy to see in flight. While perched, look for the heavy brown and white barring across the chest and the mostly brown head. During the fall migration, 8000-10,000 birds per day will pass by our area during the peak September rush. The roadside sightings are quite prolific during this mass movement. 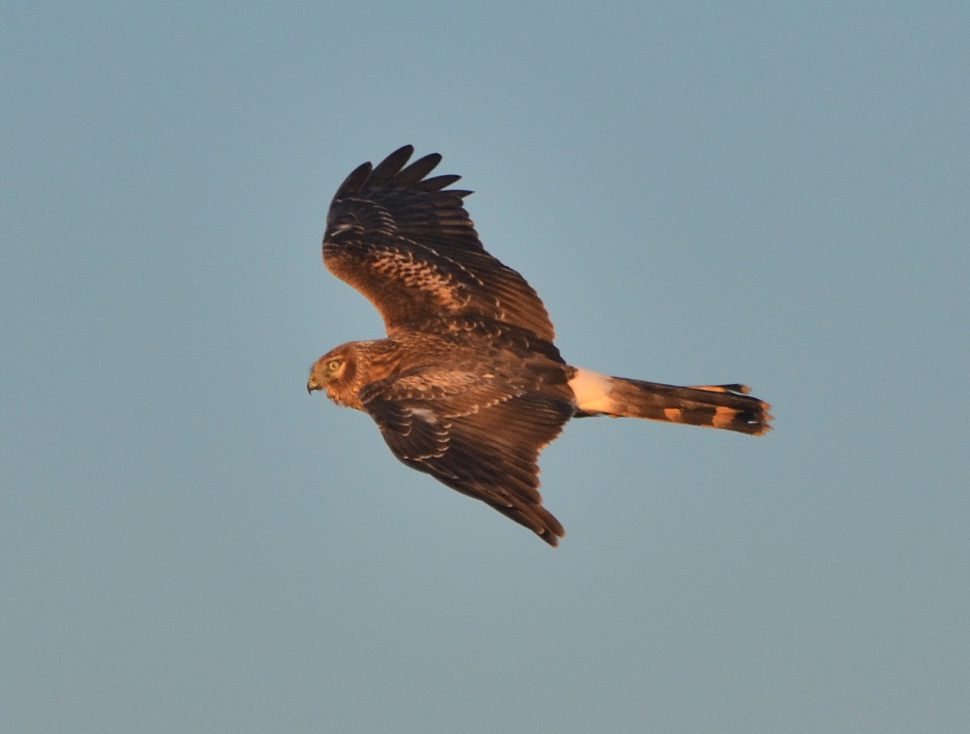 One of the most unique birds to identify in flight is the northern harrier. The first characteristic to note is the type of flight. Northern harriers tend to fly really low over open fields and wetlands and will use an intermittent flapping cadence. They will make sharp turns and hover a bit before attacking prey. They have long, broad wings and a long tail with a white rump patch that can be seen from quite a distance. While perched, the dominant feature is the owl-like face with a predominately brown body.

There are many more raptor options to catch your eye as you drive along the roads around Wintergreen. The species covered in the Nine Minute Naturalist offer the most distinct visual clues to help you identify your sighting. Remember, as my wife often reminds me while driving, keep your vehicle in your lane and on the road as you play the game of roadside raptors.