The Evergreens of Wintergreen

The winter belongs to the evergreens. The deciduous trees have shed their greenery and our environment is a duller place for it. The saving grace of color are the evergreens dispersed throughout our landscape. Whether we hike by a solitary white pine or bypass a thicket of red cedar, evergreens offer a much-needed visual respite in the long winter. While the Blue Ridge offers amazing diversity of deciduous trees, the evergreen options are much fewer and easier to learn. This Nine Minute Naturalist will delve into the differences of the evergreens strewn through our wonderful Wintergreen.

This evergreen tour begins at our highest elevations and works its way to the valley floor. The most stately of our pine trees at Wintergreen is the eastern white pine. This tree is the largest pine in our upper elevations and can exceed 100ft in height. Often rising above the deciduous canopy as a solitary tree, the attentive hiker can see young trees growing throughout the understory dispersed 200 to 700 feet from the solitary adult pine. It is easily identified since it is the only pine with 5 needles per bundle and the branches grow in a “wagon wheel” formation around the trunk of the tree. 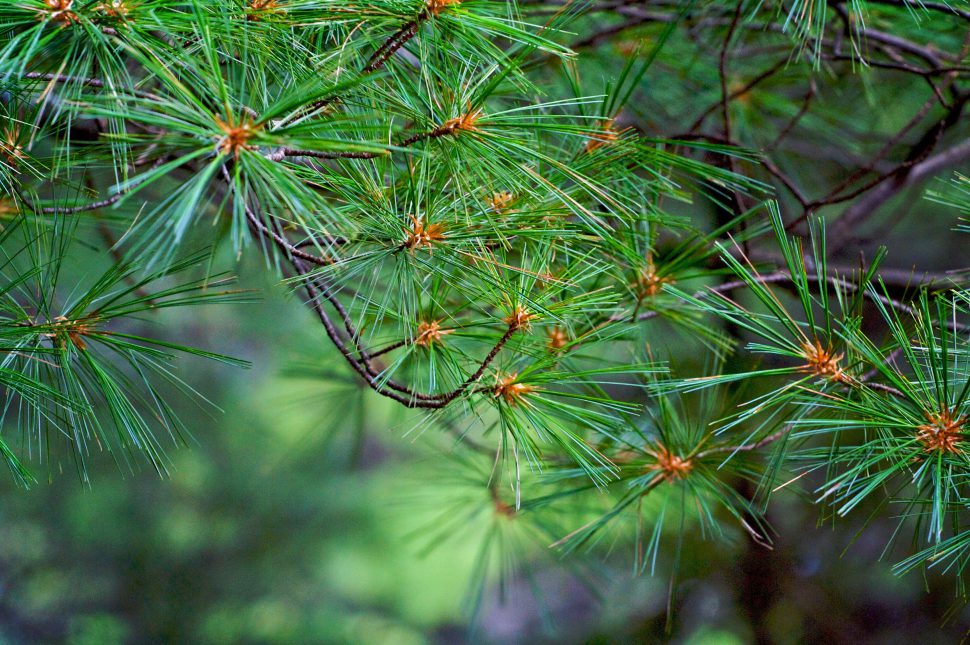 The next species to search for amongst our high elevations is the pitch pine. This beautiful conifer can be found from our rocky ridgelines down to our low elevation wetlands but is most commonly found higher on the mountain. It is identified by its red-brown, thick, blocky bark and its three needle bundles. This tree has a variable form ranging from tall and straight in rich soils to short and poorly formed on poor soils. 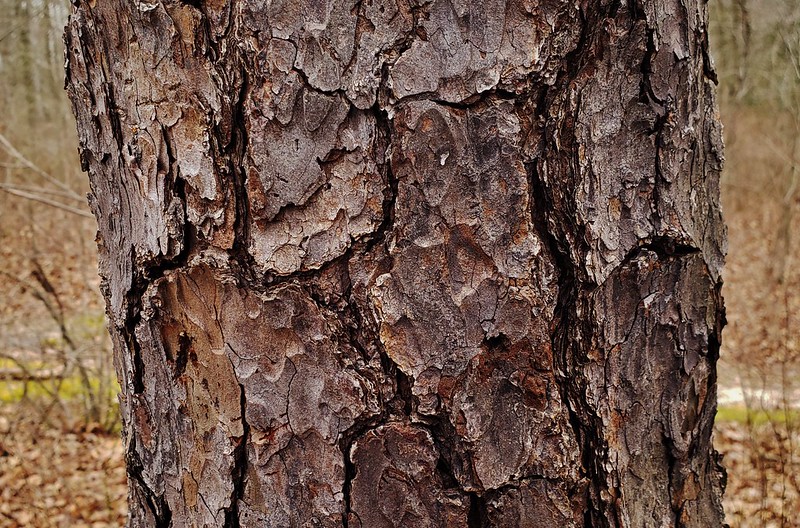 My favorite of all mountain evergreens is the table mountain pine. This tree belongs to the gnarliest of terrains at Wintergreen and flourishes amongst disturbance, heat and light. It is identified by a couple key features. The first is the two twisted, stout needle bundle and the second is the heavily spiked pine cones. One hasty grab of this pine cone and the hiker will always have a memory from the encounter with a table mountain pine. Another interesting fact is the cones are serotinous, meaning they require heat (usually fire) to melt the resin allowing it to open and disperse seeds. Thus, these trees are usually found on dry, rocky ridges prone to fires from lightning strikes. 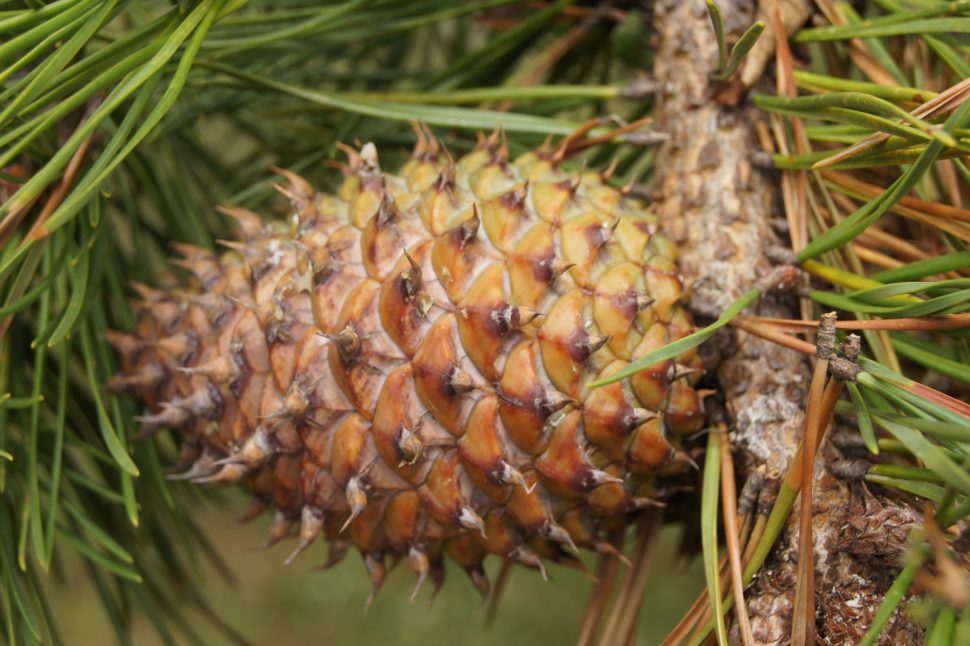 The eastern red cedar is my favorite evergreen species found in the lower elevations at Wintergreen. This member of the juniper family thrives in abandoned fields and is an early successional forest species. This species is identified by its fibrous bark, dark green-blue needle-like leaves (which are quite prickly) and its light green to dark blue fruit on the tree from spring to fall. It acts as a wonderful wildlife attractant.

One of the most common conifers at lower elevations is the Virginia pine. This short lived, quick growing pine is another example of early succession. When fields are abandoned, which happened in Stoney Creek from when the Boy Scouts owned the land, species such as eastern red cedar and Virginia pine are adapted at filling the canopy through the grasses. Virginia pine is excellent at that role and grows into thick stands of trees. When these stands are broken up for development, they become prone to windthrow as many valley residents will attest. They are identified best by their thin orange-brown scaly bark, their three needle bundles and their scrubby appearance due to sparse canopies.

Loblolly pine is a species native to the piedmont and occasionally found growing wildly in a variety of places at Wintergreen. This key species to the commercial timber industry is planted throughout the southeastern United States. Their 6 to 9-inch needles in groups of three (usually) and tall straight growth are the best ways to identify this pine.

I have saved the beloved eastern hemlock for last. This bastion of our waterways was once abundant in all the “hollows” and ravines at Wintergreen but has mostly been overcome by the persistent hemlock woolly adelgid, a non-native aphid-like insect. This evergreen is best identified by their flat, ½-inch long needles that taper to a dull point.

There are a few primary trails at Wintergreen to practice your conifer ID skills. At the overlook on Cedar Cliffs Main Trail both table mountain pine and pitch pine can be spotted close together. At the beginning of Pond Hollow Trail near Fortunes Ridge Road there are quite a few pines you can attempt to identify. The best trail for evergreen identification is the Stoney Creek Park Trail. From the main park entrance off of Stoney Creek West, you will find quite a few options in a very short period of time. Now is the time to get out on these trails and work on your evergreen identification skill set!