So much of the beauty of autumn is a glimpse at the phenomena of nature. Hawk migrations, leaf change, and monarchs heading south are truly wonders. Another phenomenon that affects us all is the whitetail deer rut. From drivers that have to dodge a streaking buck or hunters trying catch the peak of the rut, this strange time is worth studying. This week’s Nine Minute Naturalist will delve into the whitetail’s breeding season.

As I have addressed in previous editions of The Nine Minute Naturalist, autumn changes are governed by photoperiod. Hawks decide to move south, and leaves change colors based on day length. The behavior of a deer is also driven by photoperiod. Since late summer, the changes have been occurring as the days shrink. The male deer or bucks begin to separate from their bachelor groups and become more solitary. As the testosterone builds, the bucks start the pre-rut period. It tends to be characterized by bucks starting to make rubs and scrapes. Rubs are portions of small trees that have had the bark ripped off by a male deer rubbing their antlers on the tree. They do this primarily to mark territory and intimidate other bucks. A scrape is a patch of ground laid bare by a buck to leave scent behind as a means of communication. These patches are usually under an overhanging branch, which is also used to leave scent behind. The pre-rut period usually runs through all of October. The number of scrapes and rubs increases as we near the actual rut. 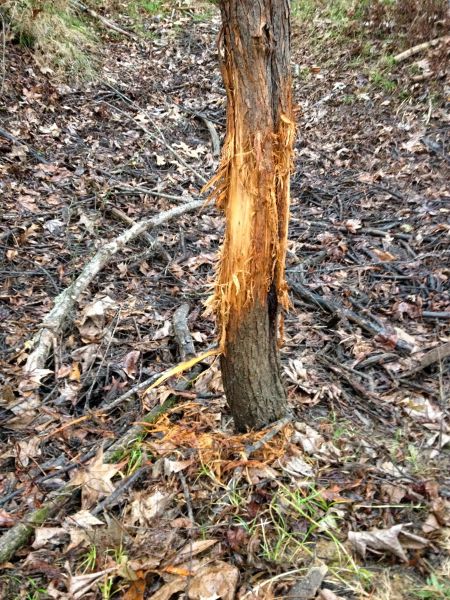 The actual rut is a much shorter period of time usually occurring the first two weeks of November in Virginia. This period of time is when female deer or does begin to enter estrus. The pattern of activity changes for bucks from making scrapes and rubs to actively chasing does and searching bedding areas for does entering estrus. A doe will only stay in full estrus for 24 hours so the chase is on for bucks to be the first to find a doe ready to breed. During this portion of time a buck can increase his acreage covered 10x. Once they find a willing doe, they will stay with that doe for 24 hours and breed several times. When that period is over, the search for does in estrus continues. This period of time is when car/buck interactions are most likely to occur. Their search for does will take them to many places including the side of the road. 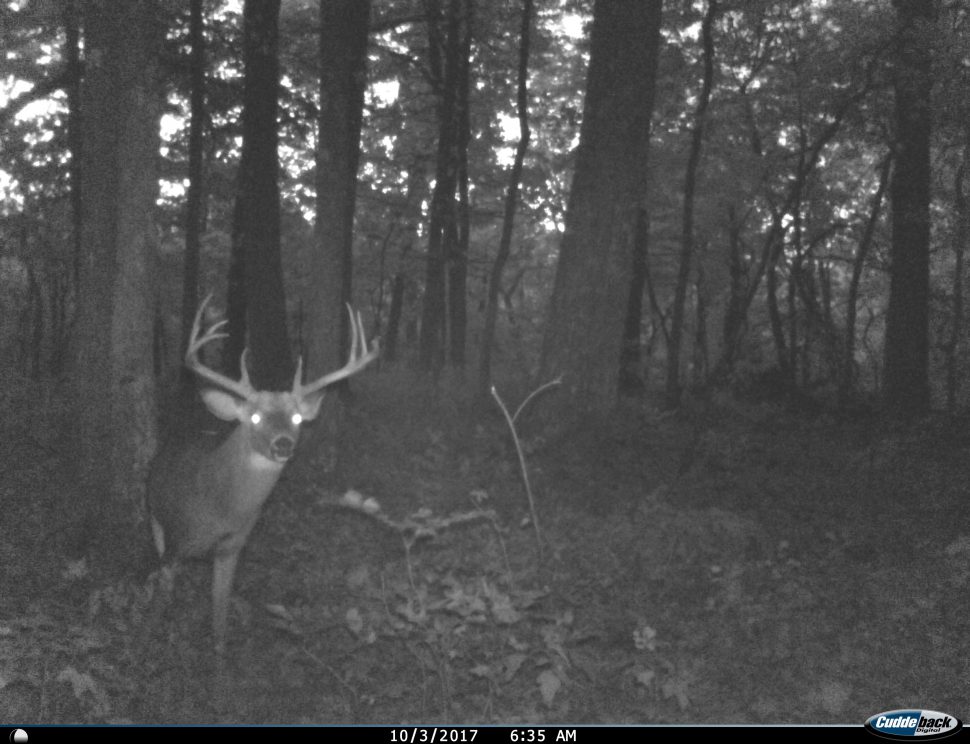 The post rut is a period of recovery. The testosterone levels are dipping greatly and the stomach begins to dominate the actions of a buck. Bucks can be so worn down after a heavy rut period they are susceptible to mortality if a hard, early winter hits. Does that did not get bred or didn’t conceive during peak rut will again go into estrus. Most of the post rut activity is done by subordinate bucks that didn’t get to breed during the early November rut. The dominant males will focus on restoring winter reserves and will become very cautious and skittish.

The phenomenon known as the rut is spectacular to be able to witness in the woods. You don’t have to be a hunter to partake. Increasing your time in nature and on the trails of Wintergreen is a sure way to witness part of this outstanding autumn action.