Woolly Bears and the Weather

Fall atop Wintergreen is just the best time of the year. Changing leaves, migrating raptors, and bug-killing frosts are just of a few of my favorite aspects of this beautiful season. One of my favorite fall occurrences is the march of the woolly bear caterpillar. As soon fall weather arrives so does this supposed winter weather forecaster. This edition of the Nine Minute Naturalist will delve into the folklore surrounding this relentlessly marching caterpillar. 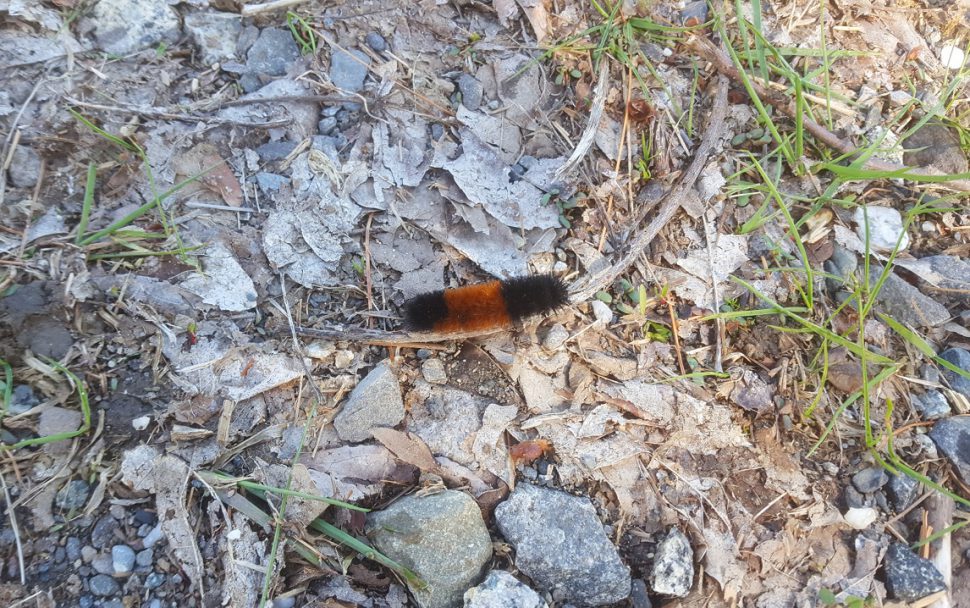 Folklore states that the severity of the upcoming winter is predicted by the amount of black on the woolly bear. The greater volume of black on a woolly bear supposedly means a more snowy, colder winter. The position of the dark bands indicates which portion of winter will be more severe. If the black covers a majority of the front, winter will begin harsh. If the larger portion is in the back of the caterpillar, the end of the winter season should be feared. Conversely, the wider the rusty brown bands, the milder our winter will be according to this legend.

The popularity of this myth began in 1948 as a result of Dr. C.H. Curran. This curator of insects at the American Museum of Natural History in New York City spent the fall of 1948 in Bear Mountain State Park as well as the next eight years attempting to prove the correlation between woolly bear characteristics and the upcoming winter conditions. This supposed forecast was published in the New York Herald Tribune bringing popularity to this adorable caterpillar regardless to the veracity of the findings. Dr. Curran even created The Original Society of the Friends of the Woolly Bear and would escape the city each autumn to seek the woolly bear amongst lovely foliage. 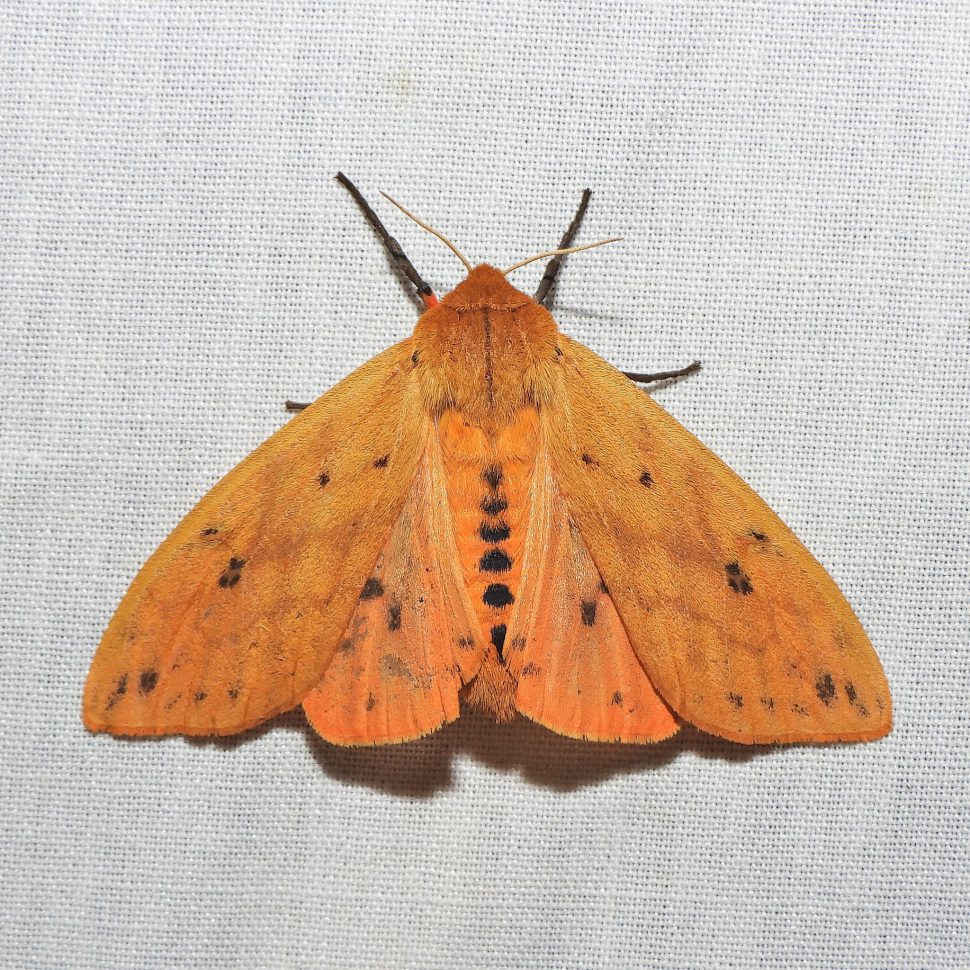 What we know scientifically about the woolly bear is a bit different from the folklore. The woolly bear is the larval form of Pyrrharctia Isabella, the Isabella tiger moth. The “wool” surrounding this caterpillar are short, stiff bristles of hair. The reason we run into so many woolly bear caterpillars each fall is they are seeking winter refuge. They will overwinter under bark or cavities in rock or logs. When the warm days of spring appear, the caterpillars will emerge, spin a cocoon and transform into the lovely Isabella tiger moth. The moth will lay eggs and the second generation of the season will emerge in late summer. This is the caterpillar generation we are most likely to encounter. Their coloring is not based on upcoming weather but instead on how long the caterpillar has been feeding and its age. The better the growing season the bigger the caterpillar, usually resulting in a smaller rusty, brown band in the middle. The caterpillars will molt six times before reaching full size. Each molt results in color change hence the variation you may see throughout the fall season.

Despite the debunked myth, it is still fun to analyze every woolly bear you see. Start by keeping a good eye out for these fall walkers. If you can’t find one nearby on a road, flip over a log or two and you are bound to discover a woolly bear about to go dormant for the winter. Observe the bands and catalog your findings. Determine from your findings what you think the upcoming winter will bring and let us know your thoughts!