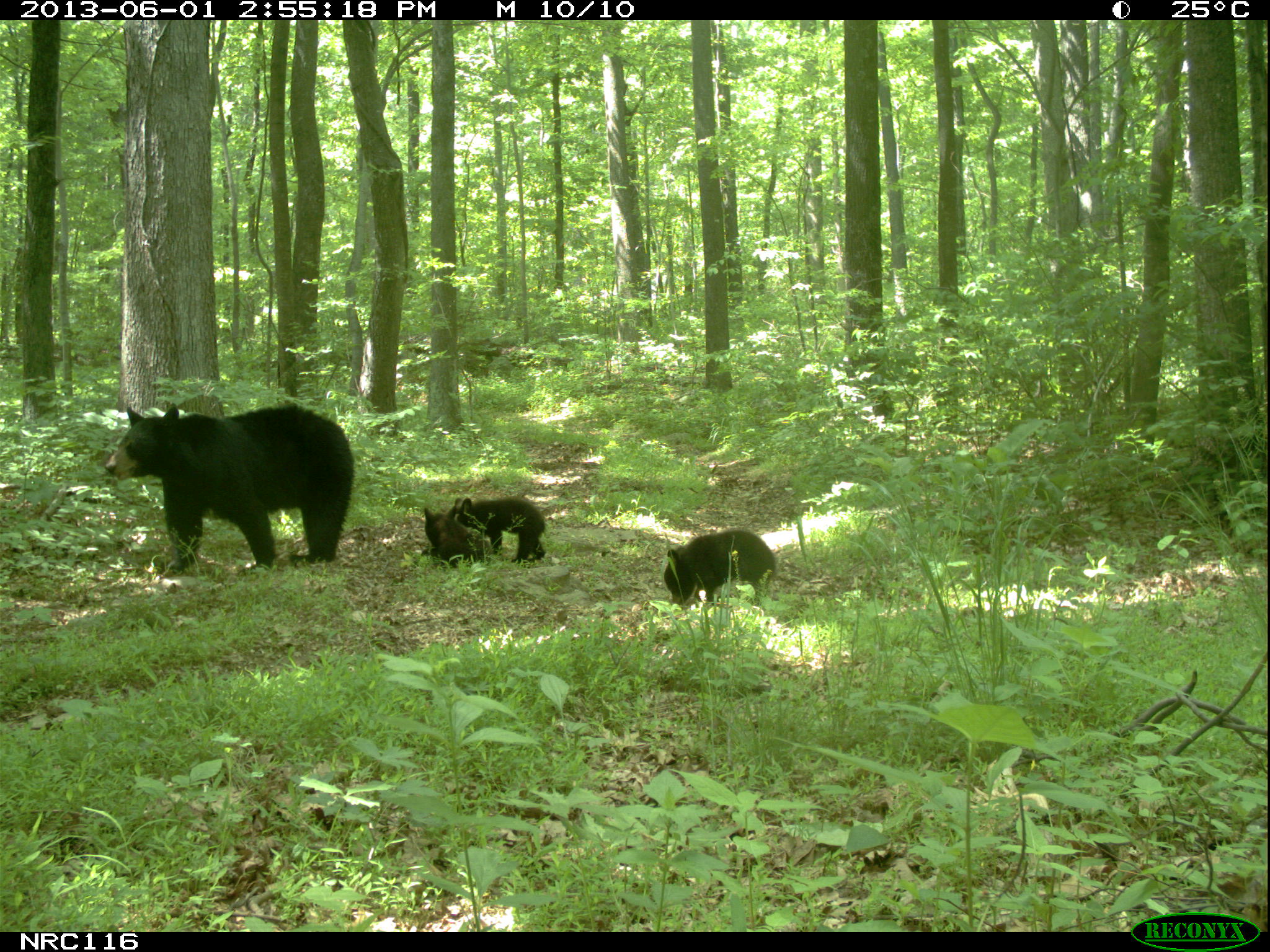 TNFW’s Science and Education Advisory Committee is a panel of distinguished scientists and educators who volunteer their time and expertise to advise TNFW staff, guide research and contribute to environmental education programs provided to area students, teachers and life-long learners of all ages.

Dennis Whigham is Senior Botanist, Smithsonian Environmental Research Center and Founding Director, North American Orchid Conservation Center. His research in plant ecology has led him around the world through forests, fields and wetlands. He has focused on studying woodland herbs, including orchids, vines, wetland species, and invasive species, and on forests in tropical, temperate and boreal zones. Dennis currently researches the rarest terrestrial orchid in eastern North America; the role of wetlands associated with juvenile salmon habitat in Alaska headwater streams; and an invasive wetland species expanding rapidly across the country.

In recent years, his studies of interactions between orchids and fungi have led in new and exciting directions, including establishing the North American Orchid Conservation Center (NAOCC), an initiative of the Smithsonian and the United States Botanic Garden. NAOCC’s mission is to secure the genetic diversity of native orchids for future generations using a model for orchid conservation based on public-private collaborations. There are currently more than fifty collaborating organizations distributed across the U.S. from Florida to Alaska.

Dennis obtained an undergraduate degree from Wabash College and a PhD from the University of North Carolina. He joined the Smithsonian in 1977. Dennis has co-edited 10 books and, along with collaborators, published more than 250 articles. Dennis serves on TNFW’s Board of Directors.

Janet Steven is broadly trained in botany and currently is Associate Professor teaching botany and environmental science at Christopher Newport University. She also serves as the Graduate Program Coordinator for the Master’s in Environmental Science. Her research investigates the life history and population genetics of ferns and flowering plants. Janet particularly enjoys introducing students of all ages to the world of plants, and regularly lectures to Master Gardener groups. Janet received a BS in Biology from Davidson College and a PhD in Botany from the University of Wisconsin. She served on the faculty at Sweet Briar College prior to joining CNU. Janet serves on TNFW’s Board of Directors.

Emily Ferguson developed her love for Virginia’s flora and fauna while living in the Blue Ridge Mountains at Wintergreen. She received a MS in Botany from the University of South Florida after completing a floristic survey in 2004. After a few years writing policy, rule-making, and ensuring Superfund compliance at the Environmental Protection Agency, Emily transferred to the National Parks Service as an environmental project manager for several contaminated sites in the Washington, D.C. region. Currently, she is the national compliance lead for the Land and Water Conservation Fund administered by NPS. To shake-off the office environment, Emily has been a committed member of both the Arlington Regional Master Naturalists since 2010 and Tree Stewards since 2011, beekeeper since 2012, and enjoys teaching tree identification courses. Despite valiant efforts to live elsewhere, Emily constantly finds herself returning to the Blue Ridge and Wintergreen. Emily serves on TNFW’s Board of Directors.

Lynn Fontana has been involved in educational research and development for more than 30 years in both for-profit and not-for-profit organizations. She retired as Chief Academic Officer of Sylvan Learning, having led a team that designed an innovative technology-supported curriculum and online teacher training that is now used nationwide. On the research faculty at George Mason University, Lynn was responsible for multiple media and technology projects, including one that resulted in patented software to teach critical thinking and decision-making skills. Sponsors of her work included the National Science Foundation, Corporation for Public Broadcasting and the Defense Advanced Research Projects Agency (DARPA). Lynn served as Vice President for Educational Activities at WETA and a project director at National Public Radio. She was president of the National History Day Board of Trustees, was a member of the Editorial Advisory Committee for World Book Encyclopedia and, taught at the high school level. She has a BA from Juniata College, a PhD from Indiana University and recently received her Master Naturalist certification.

Linda Fink is a field biologist with expertise in ecology, entomology, conservation, and animal behavior. She is the Dorys McConnell Duberg Professor of Ecology at Sweet Briar College. Professor Fink has a BA from Amherst College, and MS and PhD degrees in zoology from the University of Florida. In collaboration with her late husband, monarch butterfly expert Lincoln Brower, she published research on the ecology, physiology and conservation of monarch butterflies. With her students, she studies the trees, salamanders, birds, and insects living on Sweet Briar’s 3200 acres, serves on the college’s sustainability committee, directs the environmental science program, and has served as an instructor in SCHEV-supported teacher workshops at Sweet Briar. She has had research funding from the National Science Foundation and the U.S. Department of Agriculture.

Dr. Jeff Halverson is an Associate Dean and Professor of Geology at Graduate School of University of Maryland where he teaches courses on Physical Geography, Natural Hazards, Meteorology, Severe Storms, Advanced Earth Systems Science and Climate Change. Professor Halverson received his Ph.D. in Environmental Science at the University of Virginia in 1994. Halverson has authored nearly 50 scientific publications and has appeared in science documentaries aired by NOVA, National Geographic and The Discovery Channel. He is a columnist, feature writer and assistant editor for Weatherwise Magazine, a position held since 2002. He is also a former NASA meteorologist. Jeff is the writer and the Severe Weather Expert for the Washington Post’s Capital Weather Gang. In 2000 he pioneered a new type of technology for measuring air temperature at high altitudes in the eye of hurricanes.

Catherine Hulshof is an Assistant Professor in the Department of Biology at Virginia Commonwealth University. She is the Principal Investigator of the Biodiversity Research Lab which combines observational, experimental, and theoretical models to understand patterns of biodiversity across space and time. Catherine and her students use phylogenetic and trait-based approaches to explain variation in the diversity of plants and Lepidoptera (moths and butterflies). Using large datasets that document long-term forest dynamics, her research is conducted in temperate and tropical forests and across latitudinal, elevational, and edaphic gradients. She holds a BA in Biology and Chemistry from the University of Pennsylvania and a PhD in Ecology and Evolutionary Biology from the University of Arizona.

Abagail James taught for many years in single-sex schools and consults on gendered teaching to school systems, colleges, and universities. Her area of expertise is developmental and educational psychology as applied to the gendered clas0dsroom. Prior to obtaining her doctorate from the University of Virginia’s Curry School of Education in 2001, she taught general science, biology, and psychology in both boys’ and girls’ secondary schools. She has a BA in science education from Duke University and a MS in counselor education and a PhD in Educational Psychology both from the University of Virginia. She presents workshops and papers at many educational conferences and works with teachers and parent groups in interpreting the world of gendered education.

She has published research comparing the educational attitudes of male graduates of coed schools and single-sex schools, and research describing the effects of gendered basic skills instruction. In addition, she has written on differentiated instruction at the elementary school level.

John James is an ASLA-licensed landscape architect. His projects have ranged in size and complexity from small residential landscapes to college campus planning; from historic site preservation to town planning; from reinventing small garden spaces to large estate master plans. He specializes in using native plants in landscaping. John received a BA in Theater Arts and a MS in Landscape Architecture from the University of Virginia.

Ryan Klopf earned his PhD in plant biology from Southern Illinois University.  Since 2011, he has worked to protect and restore rare species and natural communities within the Ridge and Valley, Blue Ridge, and Piedmont regions of Virginia as the Mountain Region Steward of the Virginia Natural Heritage Program.

Scott Miller is Deputy Under Secretary overseeing Science, Collections, and Interdisciplinary Support at the Smithsonian Institution. Scott previously held leadership positions at the National Zoological Park and the National Museum of Natural History in Washington DC; the International Centre of Insect Physiology and Ecology in Nairobi, Kenya; and the Bishop Museum in Honolulu, Hawaii. He helped establish and lead the Consortium for the Barcode of Life—an international network developing DNA-based identification tools to make biodiversity information more widely available. Scott’s research programs have resulted in more than 200 publications. His current research focuses on the integration of systematics, ecology, biogeography and conservation of insects and plants. He has a BA from the University of California at Santa Barbara and a PhD from Harvard University.

Carole Nash is an Associate Professor in the School of Integrated Sciences at James Madison University, and serves as the Director of the Shenandoah National Park Environmental Archaeology Program. Her archaeological surveys at Wintergreen have explored land use by indigenous peoples. She is also interested in the impacts of long-term climate change on human communities. Carole received a BS from James Madison University, a MA from Bowling Green State University, and a PhD in Anthropology (Archaeology) from the Catholic University of America.

Ann Regn works for the Communications Division of the Virginia Department of Environmental Quality. She also serves on the board of directors for the Flora of Virginia and the Virginia Resource-Use Education Council. She received a BS in Environmental Resources Management from Penn State University and a Master’s in Education from Vanderbilt University.

Anne Witt is a geohazards geologist with the Virginia Department of Mines, Minerals, and Energy – Division of Geology and Mineral Resources. Anne has been working in geohazards in North Carolina and Virginia for nearly 15 years, focusing primarily on earthquakes, landslides and sinkholes, and has a strong background in GIS. Her research interests include using GIS to model slope stability hazards and potential debris flow inundation, using LiDAR in landform analysis and identification, and documenting and quantifying the history of landslide occurrences to better understand rainfall thresholds necessary for landslide initiation in the mid-Atlantic. Anne received her B.S. in Geology from Mary Washington College and her M.S. in Geology from North Carolina State University.